‘First People: The Lost History of the Khoisan’ is an invaluable read

in Travel
Reading Time: 3 mins read
A A 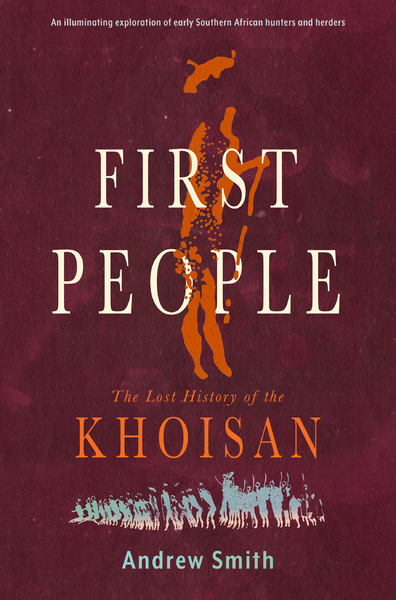 First People: The Lost History of the Khoisan  provides a detailed account of a lost history as it examines the lineage of Southern Africa’s earliest inhabitants, the Khoisan.

The work is accessible and easy to engage with, which proves beneficial when unpacking the subtle yet nuanced differences between the different groups of hunter-gatherers and herders.

First People encompasses a study of the social values at the time and the survival strategies practised, and looks at migration routes through the African landscape. Smith further conducts an empirical study drawing from scholarly texts and research to guide his analysis of Khoisan ritual, memory, art and symbolism.

Smith writes about the Khoisan people with much sensitivity and care, frequently acknowledging the colonial lens through which this history was recorded. He highlights that the book is intended as an exercise in understanding who the Khoisan were through using “fragmentary evidence available from the biased colonial records and what archaeology has discovered”.

While covering a broad scope of topics, Smith has successfully mapped out the origins of our first people and justly captured a history that requires ongoing discourse. With this in mind, a fascinating element of First People is the manner in which it observes where the Khoisan are today and the community’s social position in the 21st century.

Currently, the last surviving hunting groups are attempting to keep Khoisan traditions alive in communities spread few and far around Southern Africa, specifically in Namibia, Botswana and the Karoo. Many communities have found it difficult to adjust to the pressures of an evolving world that render skills such as hunting and tracking obsolete.

While considering the effects of colonisation, Smith brings into question the way in which we perceive and depict the history of the Khoisan. He looks at the example of a former exhibition held at the South African Museum (Iziko Museums of SA), known as the Bushman Diorama, which for years served as a popular attraction before being taken down in 2001 in an alleged effort to break with “racist assumptions”. While Smith laments the loss of a learning opportunity that could have been had from the exhibition, he nonetheless reminds the reader that we need to constantly re-evaluate the stereotypes that persist about SA’s indigenous people.

Smith indicates new evidence about the Khoisan population continues to be discovered, which instils the hope that one day we will have a greater understanding of this community. Naturally, First People opens the floodgates to a broader conversation, one that is complex and requires much insight as we continue to understand and preserve the Khoisan heritage. It is without a doubt an invaluable read.