Dust off that passport at last: 10 epic adventures to book in 2022

in Travel
Reading Time: 16 mins read
A A 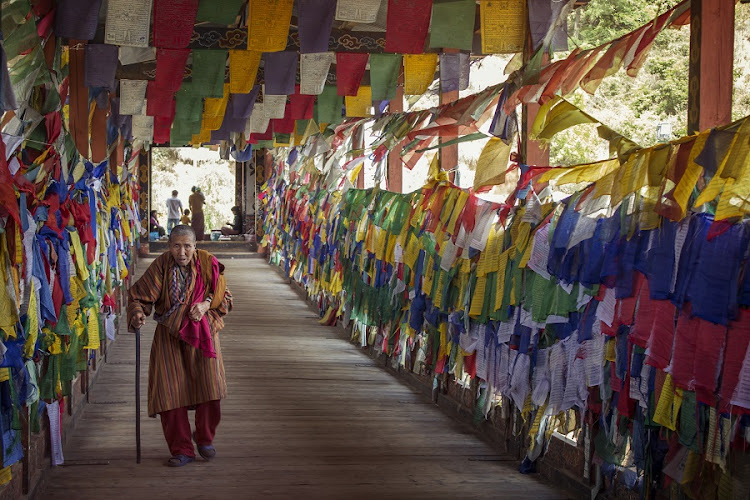 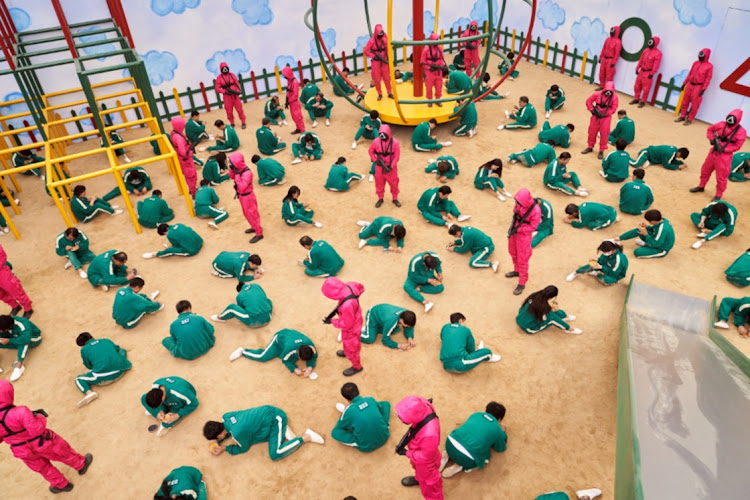 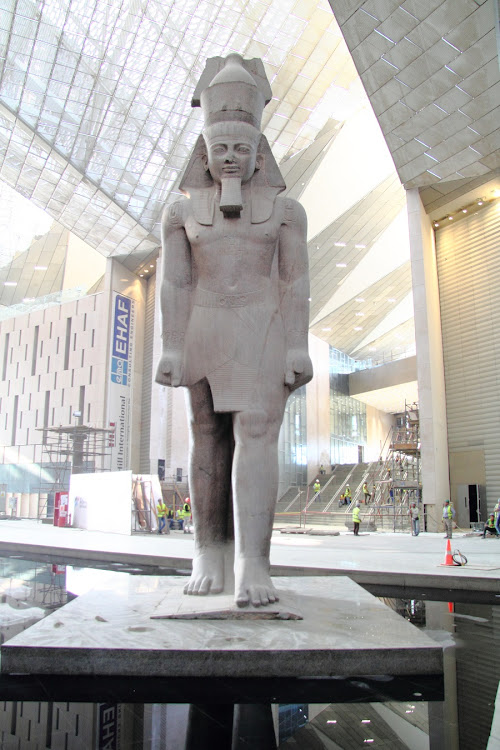 The statue of Ramses II at the entrance to the new Grand Egyptian Museum.
Image: Wikimedia Commons 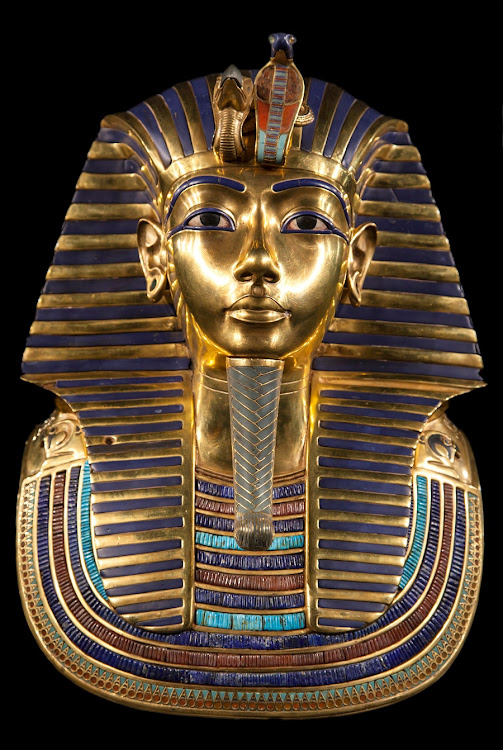 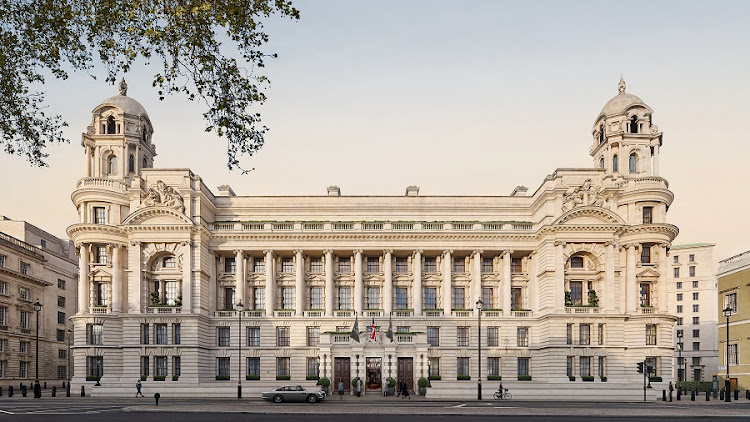 Raffles London at The OWO opens this year in the building that was Winston Churchill’s World War 2 headquarters and which is said to have inspired Ian Fleming to write James Bond.
Image: Supplied 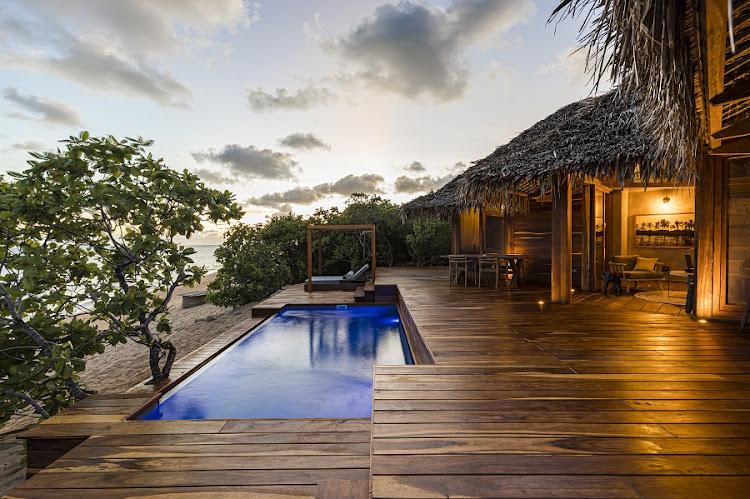 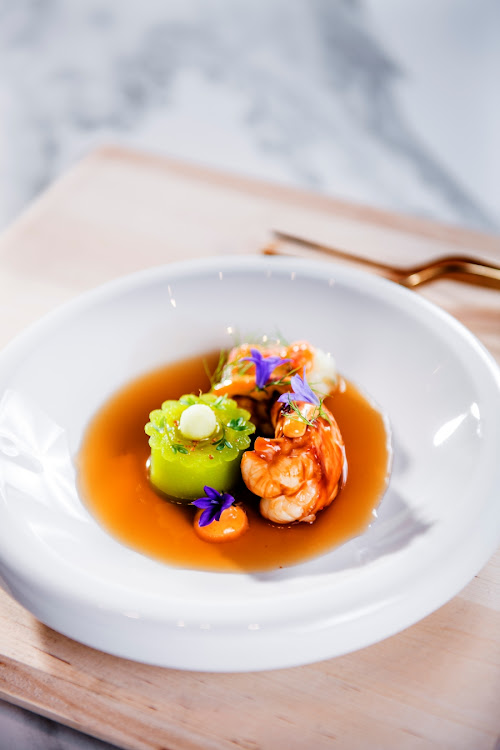 Art on a plate at the Michelin-starred Speilsalen in Trondheim, Norway.
Image: Britannia Hotel 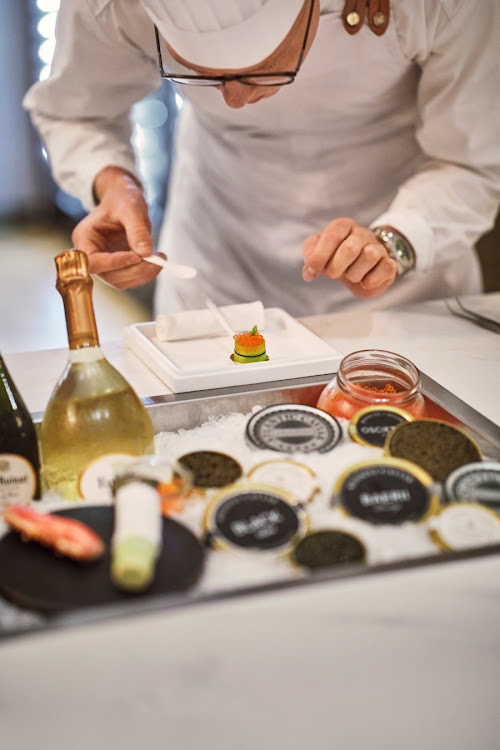 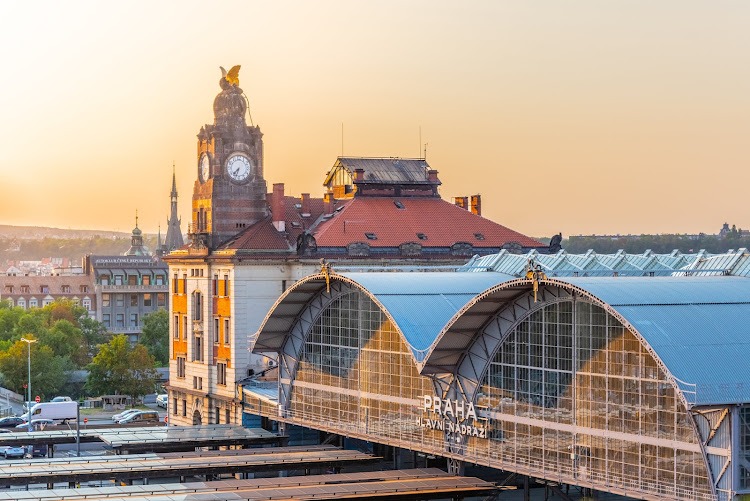 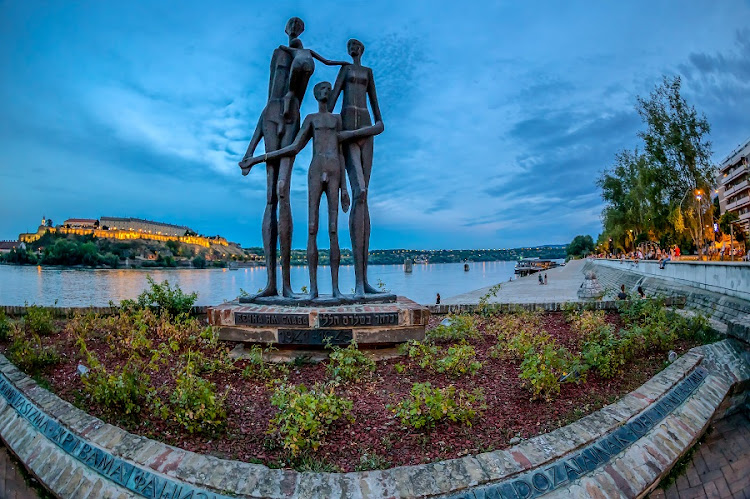 The ‘Monument to the Victims of the Raid’ in Novi Sad, Serbia, with the Petrovaradin fortress and Danube River in the background.
Image: 123rf.com / florin1961 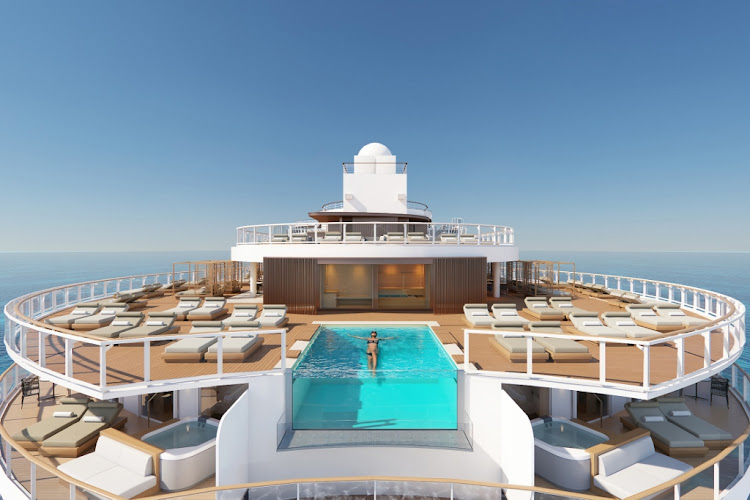 An infinity pool on the Norwegian Prima overlooks the ship’s wake in the Haven, Norwegian’s keycard-accessed “ship within a ship” concept.
Image: Norwegian Cruise Line 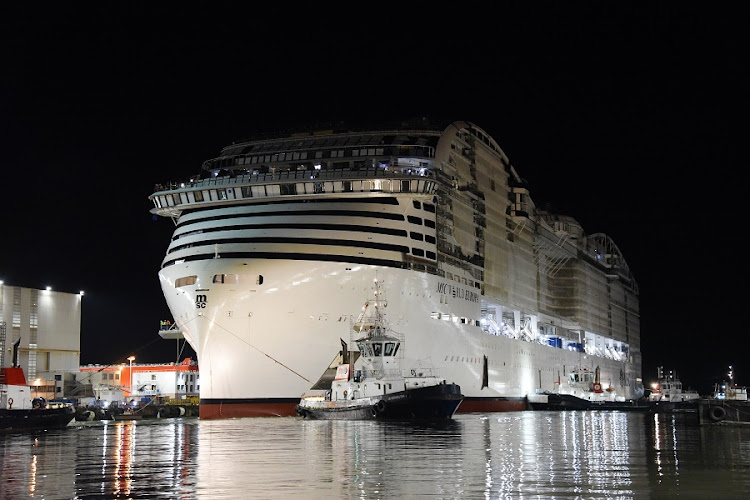 The 22-deck MSC Europa, launching in August, is four decks higher than the current size leader in the cruise world.
Image: Supplied

Known as the happiest country on Earth, as well as the world’s only carbon-negative country, Bhutan will in March launch hiking and biking experiences on a trail that was once part of the Silk Road. For thousands of years, the 403km Trans Bhutan Trail was used by messengers, monks and traders, and was also a pilgrimage route for Buddhists travelling to revered sites in Bhutan and Tibet.

It fell into disrepair in the 1960s after the construction of the national highway, and has just undergone a two-year restoration in which jungles were cleared, rivers forded and bridges reconstructed. The NGO that led the restoration has selected G Adventures to run the first trips along parts of the trail, with a focus on sustainable and community tourism. Visitors will traverse forests and meadows and pass through rural settlements around ancient fortresses along the trail, known as dzongs.

Open for booking from May are an 11-day hiking and camping trail priced from R44,099 and a 12-day Highlights of the Trans Bhutan Trail itinerary with accommodation in homestays, locally owned guest houses and hotels, priced from R58,099. Both leave from Paro and international flights are not included.

The South Korean series Squid Game — which became Netflix’s top-viewed show in 94 countries, with more than 142-million member households watching within the first month of its release — has predictably led to a craze in “Squid Game” tourism, with many of its filming locations enjoying a rise in visitors in the wake of the show’s success.

Now, a medical tourism company called Medictel is launching what it calls “the world’s first Squid Game tour in Korea” — in which participants will take part in a version of the actual games featured in the show. From May 16-22, a maximum of 465 participants will spend three days playing red light, green light; tug-of-war; honeycomb; and even the glass-bridge game, at the four-star St John’s Hotel in the coastal city of Gangneung, about 168km from Seoul. The winner will take home 5-million Korean won (about R63,000).

The remaining days of the tour will involve sightseeing in Gangneung and Seoul.

It’s been 20 years since the first stone was laid, but Egypt is finally set to open its Grand Egyptian Museum (GEM) in Cairo in November. It will replace the currently open Museum of Egyptian Antiquities, commonly known as the Egyptian Museum.

When inaugurated, the GEM will be the largest archaeological museum in the world, housing 100,000 artefacts, including thousands of objects from the tomb of King Tutankhamen (many of which will be on display for the first time), including his three gold-plated coffins and funeral mask, alongside all the relics displayed in the order Howard Carter discovered them in the tomb in 1922.

The grand staircase will be lined with 87 statues of kings and gods, leading up to the main galleries, and the entrance hall will feature a 3,200-year-old, 11m-tall statue of Ramses II weighing 83 tonnes.

The $1bn building, a futuristic glass-and-concrete structure, stands on the edge of the Giza Plateau, offering panoramic views of the Great Pyramids of Giza just 2km away.

Perhaps best known for its legendary Singapore property, which dates back to 1887, the Raffles group has luxury hotels around the world, from Warsaw to Jakarta to Dubai.

This year it opens its first London property, particularly remarkable for its location in a grade-2-listed building in Whitehall. The Old War Office is on the site of the original Palace of Whitehall, home to Henry VIII and other monarchs. The current building, completed in 1906, was Winston Churchill’s headquarters during World War 2 and is said to have inspired Ian Fleming to write his famous James Bond series after he worked there as a key liaison officer between the War Office and Britain’s Naval Intelligence Service.

The building features as the M16 headquarters in several Bond films, including Skyfall, Spectre and No Time To Die.

After a five-year restoration — breathing life back into many of the historic interior elements, including hand-laid mosaic floors, oak panelling, chandeliers and a marble staircase — it will open to the public for the first time as Raffles London at The OWO, with 120 rooms and suites, 85 uniquely branded residences and 11 restaurants and bars.

It will also feature a grand space on the rooftop with panoramic views across Whitehall, The Mall and on to Buckingham Palace.

The Banyan Tree brand is famed for its exclusive, mind-body-focused stays in some of the world’s most stunning locales — and this year will be launching an ultra-luxury, private-island escape in Mozambique.

Called Banyan Tree Ilha Caldeira, it is now in development on a previously uninhabited island in the marine reserve of the Primeiras and Segundas Archipelago. Each of its 40 private, ocean-facing pool villas will have a dedicated host, and stays here will emphasise wellness, immersion in the local culture and natural surroundings, and a connection with both people and place.

The island will be 100% solar-powered and have its own desalination plant to provide sustainable drinking water. Activities on offer will include whale-watching (in season), scuba diving, snorkelling and exploring the archipelago with a resident environmentalist.

It is scheduled to open in December. See banyantree.com.

6. HAVE TASTE BUDS, WILL TRAVEL

If you’re the sort who’ll travel long-haul for phenomenal eating, consider the Trøndelag region in Norway, whose quality seafood, organic dairy products, fresh vegetables and sustainable farming methods across its forests, mountains, fjords and fields have made it something of a foodie magnet in recent years.

Best known for the city of Trondheim, “Norway’s food capital”, Trøndelag includes several smaller towns and villages, and together Trondheim-Trøndelag have been named this year’s European Region of Gastronomy. This means that, in addition to the many food-related events it hosts every year — including  the Trondheim Wine Festival in March; the Trondheim Brewery Festival and Trøndelag Food Festival, one of Europe’s largest, both in July; and the Trondheim Gin Festival in August — 2022 will entail a host of special events that celebrate the local food and specialities, including seminars, tastings, food courses, special dinners and menus, concerts, festivals and more.

For food-magic lodgings in Trondheim, the newly refurbished Britannia Hotel houses the Michelin-starred Speilsalen, Norway’s Restaurant of the Year in 2020. The city is also home to two other Michelin restaurants, Credo and Fagn.

7. ON THE NIGHT TRAIN

In line with the growing demand for slow travel, a new sleeper-train service is launching in Europe this year, linking Brussels to Prague with stops en route in Antwerp, Amsterdam, Berlin, Dresden and more. Though the company behind the route, European Sleeper, has not announced a specific start date or prices, it says the service will launch in Europe’s summer and will initially be offered three times a week, with plans to expand to a daily service “ASAP”.

The service will include free internet access, breakfast and coffee.

The train will leave Brussels at 7.22pm local time and arrive in Prague at 10.24am. Passengers can also take the train in the opposite direction and connect to London by swapping to a Eurostar service along the way. Tickets go on sale in April.

Serbia’s second-largest city after Belgrade, Novi Sad is one of three European Capitals of Culture for 2022, one of the first non-EU cities to hold the title since the initiative began in 1985 as a way to highlight and celebrate the richness and diversity of cultures in Europe. With support from the EU, each year the chosen cities arrange a calendar of festivals, exhibitions, plays, concerts and other events to put their unique arts and cultures on display.

Today, however, Novi Sad is known as Serbia’s cultural heart, a liberal city of music and art. Part of its plan for the year — with over 1,500 events — involves the turning of old industrial complexes into galleries, art studios and stages.

The other European Capitals of Culture for 2022 are Esch-sur-Alzette in Luxembourg and Kaunas in Lithuania.

In August, Norwegian Cruise Line (NCL) will launch its brand-new ship, the Norwegian Prima, which debuted with record-breaking sales for the line when it was announced in May last year.

The first of six ships within NCL’s new Prima Class, it will showcase numerous cruise-industry firsts, including a three-storey theatre that transforms into a Vegas-style nightclub; the world’s first freefall dry slide with a 10-storey plunge, and the largest go-kart racetrack at sea.

Other attractions include virtual escape rooms and golfing, infinity pools, a glass bridge and a “Tidal Wave” waterslide in the aqua park.

It launches in August with an eight-day trip from Amsterdam to Reykjavik. Sales are also open for itineraries covering Northern Europe, the Baltic, the Caribbean and a transatlantic crossing from London to New York in September.

In December, MSC will launch its first ship in a brand-new class, the MSC World Class. The MSC World Europa has been built with a host of cruising innovations, including a Y-shaped aft that leads to a 104m-long promenade with phenomenal ocean views. The promenade will be half open to the sky and half covered by an LED “sky screen” that will light up with different displays throughout the day.

Balcony cabins will overlook the promenade, whose striking centrepiece will be the “Venom Drop @ The Spiral”, an 11-storey-high slide — the longest at sea. The aquapark features water slides that incorporate virtual reality.

Distinct districts on board will offer different moods and experiences, from the adults-only Zen district to a family district with 10 new kids’ facilities. Across the ship there will be 21 bars and lounges — including a craft-beer bar, a gin bar and a South Asian-style tea room — and 13 dining venues.

At 205,000 tonnes and 333m long, it is the longest MSC Cruises vessel ever built and its 22 decks make it four decks higher than the current size leader in the cruise world, Royal Caribbean‘s Symphony of the Seas. It will have a guest capacity of 6,762.

MSC World Europa will spend her inaugural season in the Gulf region, with seven-night round-trip cruises from Dubai to Abu Dhabi; Sir Bani Yas Island; Dammam in Saudi Arabia; and Doha, Qatar. From March 2023 she will be sailing the Mediterranean.