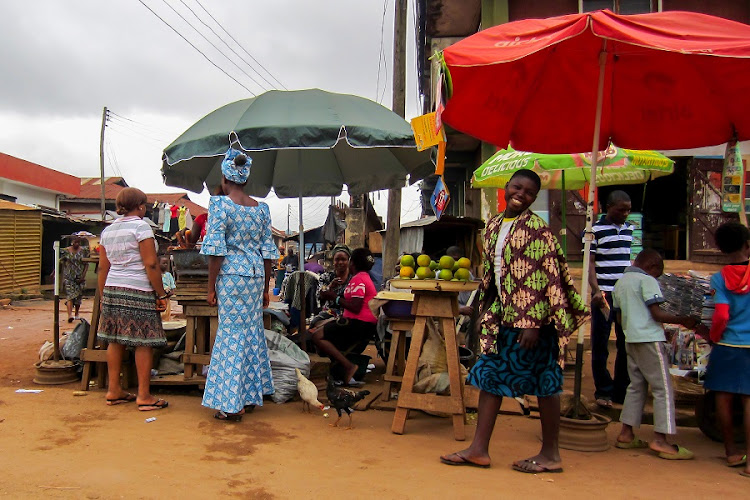 All smiles at a market in Lagos, Nigeria.
Image: agafapaperiapunta / 123rf.com

A new study looking at the most popular cities in which to wake up has revealed Lagos in Nigeria as the best in Africa.

Perhaps more accurately, the study reveals in which cities people feel the most moved to take early photos and then share their cheery morning moods on Instagram. To help early risers compile their own travel bucket lists, researchers from the UK-based Premier Inn hotel group started by taking more than 250 popular city-break destinations around the world, then looking at how many times people had shared pics on Instagram with the hashtag “goodmorning[city]”.

The result, they said, reveals “the most beautiful cities to wake up in”.

The researchers said: “Golden morning swirls of sky are captured in many of the morning posts from Lagos, with Instagram users showcasing the city’s vibrant feel with people on their morning commute, making time to take a morning snap in front of Lagos Lagoon.”

Other popular photographed sites, the researchers said, include the Lekki Conservation Centre’s canopy walkway (the longest in Africa) and the Epe mangroves backlit by morning sunshine — though it is worth noting the mangrove forest is about 96km east of Lagos.

Cape Town is the second most popular morning city with 2,233 hashtags.

The researchers said: “Cape Town is clearly a big hit among early morning Instagrammers capturing sunrises from some of Cape Town’s famous hiking routes such as Lion’s Head mountain, showing Cape Town is even more beautiful from a great height.”

Durban also makes the top 10, coming in at number four with 467.

The rest of Africa’s top 10 is as follows:

In general, Africa’s numbers pale in comparison to the global top 10. The top city in the world for early posters is London, with more than 39,630 posts under the tag #goodmorningLondon.

A spokesperson from Premier Inn said what the posts are typically about  is the “quiet calm that comes before the major cities spring to life and the hustle and bustle begins.

“The morning brings a fresh start to each new day, and what better way to start the day than experiencing some of the most beautiful city scenes at sunrise. Whether you’re looking to wake up in some of Canada’s best cities, or travel further afield to explore global cities at dawn, Instagram reveals which cities should be on the bucket lists of early risers everywhere.”

Evidently, European cities are favoured by early morning risers on Instagram, with seven of the top 20 located on the continent, including German cities Berlin and Cologne, Paris in France, Vienna in Austria, Amsterdam in the Netherlands and Dublin in Ireland.

The US proved the most popular country overall for morning photos, with the five US cities in the top 20 amassing a staggering 62,000 hashtags. The Big Apple is the most popular city among early birds, followed by Chicago, San Diego, Washington, and Seattle.

Why the !Xaus Lodge offers the perfect weekend escape for star gazers

Why the !Xaus Lodge offers the perfect weekend escape for star gazers