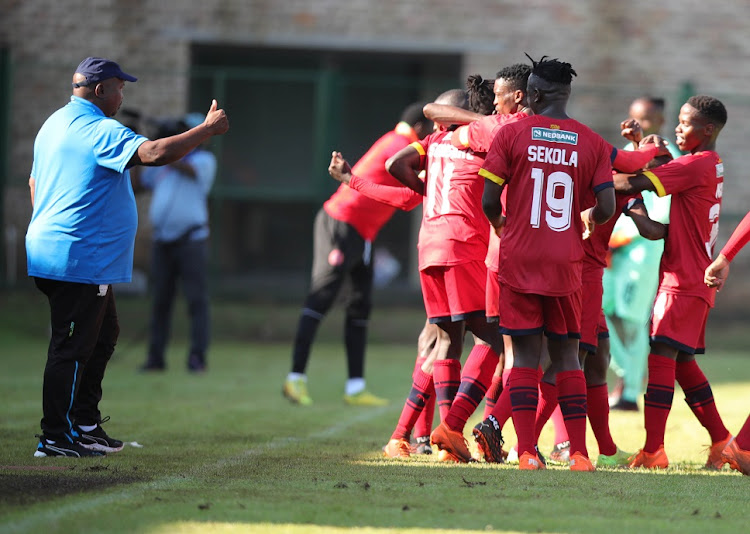 Jomo Cosmos may be relegated from the GladAfrica Championship according to the log standings, but there are various protest cases that just might result in the club still campaigning in the second tier next season.

Indications are that there are cases involving clubs in the division that are likely to be brought to the Premier Soccer League (PSL) disciplinary committee and could change who gets relegated and who is safe from the axe.

Cosmos were officially relegated from the SA football professional ranks to the amateur ABC Motsepe League when they played to a 1-1 draw against TS Sporting in Tsakane, Brakpan, on Saturday while 14th-placed Pretoria Callies beat Polokwane City 2-0 in Polokwane.

According to the log standings, it’s impossible for Ezenkosi to leapfrog Callies. Bottom-of-the-log Cosmos are on 22 points with only two games to play while the Pretoria team is on 32 points.

However, TimesLIVE has been reliably informed that there are several teams that may have continuously breached the rules or played defaulters during the course of the season.

It is believed that some teams have played some matches under protest in the second tier this season and those cases, when lodged with the Premier Soccer League (PSL), might provide Jomo Sono’s Ezenkosi and other teams such as Sporting a lifeline.

According to sources, some of the clubs that are believed to be in the wrong are just above the relegation mix.

PSL prosecutor Zola Majavu said no case has been brought forward by any NFD participants, but warned it was still early days.

“I was at PSL on Friday prosecuting other cases, I’m unaware of any cases that could potentially derail the league. It’s still early days, you never know. But as of Friday there were no cases that have come to my attention,” Majavu said.

The GladAfrica (the National First Division, or NFD) is known for boardroom and courtroom dramas. In 2021 Mbombela United were docked a huge 23 points by the PSL after being found guilty of fielding ineligible player Sabelo Ndzinisa.

Ndzinisa had initially signed for Sporting before improperly switching to Mbombela.

Mbombela were subsequently relegated to the Motsepe League ahead of Sporting, who had finished 15th, an automatic relegation spot.

Khaya Sithole | Optics vs politics: Why sports boycotts are pointless against warmongers

A Russian missile strike damaged the runway of an airport in Odesa, rendering it unusable, Ukraine says

A Russian missile strike damaged the runway of an airport in Odesa, rendering it unusable, Ukraine says