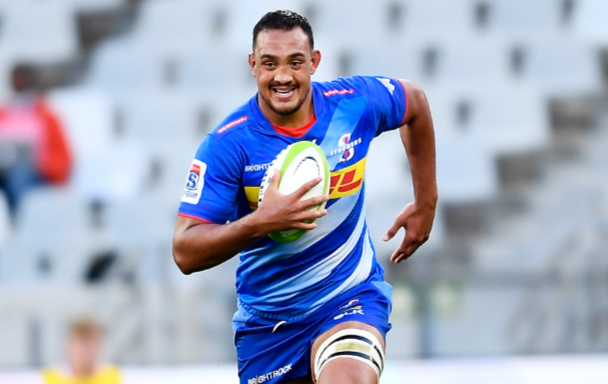 Stormers second-rower Salmaan Moerat has signed a new deal and will stay with the team until 2025.
Image: Ashley Vlotman/Gallo Images

The Stormers’ United Rugby Championship (URC) match against Zebre Parma on Sunday March 13 has been moved to the Danie Craven Stadium in Stellenbosch.

The Cape Town Cycle Tour, which finishes near the Cape Town Stadium precinct on the same day, has necessitated the change in venue.

This match was originally meant to be played in November last year but was rescheduled because of the Omicron Covid-19 variant, which saw Zebre Parma leave SA before the fixture could take place.

March 13 is the only date available as Zebre Parma play Ospreys in Wales seven days before.

The clash against Zebre will kick off at 6.05pm and will be the Stormers’ first competitive match in Stellenbosch.

The match will be the first in a sequence of seven home matches for the Cape side as they attempt to solidify their position at the top of the South African conference. After the Zebre match they will play Cardiff, Ulster, the Ospreys, the Bulls, Glasgow Warriors and Leinster before they hit the road again.

Last weekend’s match against the Lions at Ellis Park was their eighth in the competition of which only two have been at home. They will be under pressure in the second half of the competition to turn their new stadium, which it hasn’t been so far, into a fortress.

“There will be log pressure,” acknowledged coach John Dobson. “Winning those home matches will be the only way of gaining entry into the Champions Cup. You have to win your conference because you won’t get there by finishing in the top eight. That’s why there is so much pressure on these local derbies.”

Dobson expects the Bulls and the Sharks to make up ground on the log when they play Zebre and Treviso respectively in the coming weeks.

“I expect them to win those games, while we go to Connacht which is a notorious fixture. We are not as comfortable as everybody says we are.”

While Connacht have lost their last four matches, Dobson has reason to be wary of a trip to Galway. “We are acutely aware that we will have to beat Connacht in three degrees, driving rain with the breeze coming in off the Atlantic.”

Meanwhile lock Salmaan Moerat, a tourist with the Springboks on their end of year tour last year, has signed a new contract that will keep him in the Cape until 2025.

“It means a lot to me and my family to play for the Stormers and the direction the team has been going in the past few months makes for an especially exciting future,” said Moerat.

“I am glad that the path forward is clear, so I can focus on playing my best rugby and contributing wherever I can to the team,” he added.

‘Those are fairy tales. That would never happen’ — Pitso on working in Europe

‘Those are fairy tales. That would never happen’ — Pitso on working in Europe