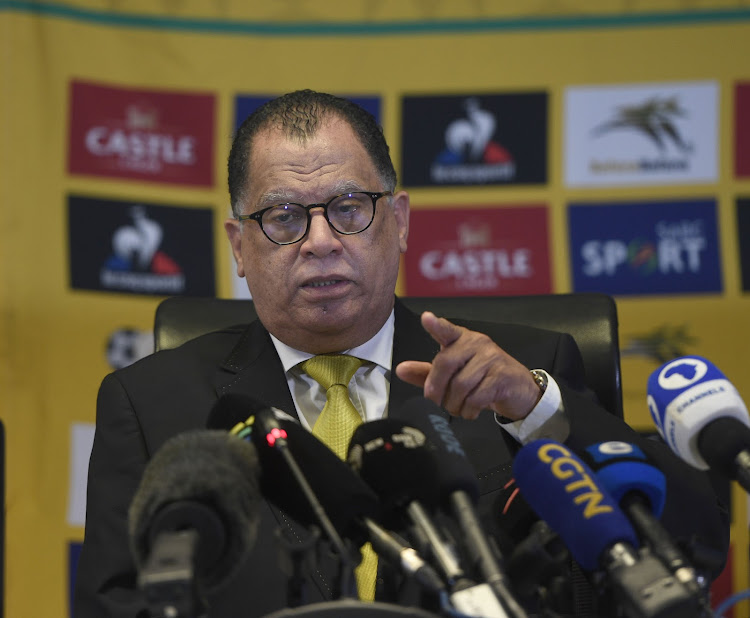 SA Football Association (SAFA) president Danny Jordaan has tightened his grip on power, with the 30th Ordinary Congress in Sandton on Saturday upholding a raft of key constitutional amendments.

The congress upheld that National Executive Committee (NEC) members should vote in an elective congress and the chairperson of the National Soccer League (NSL) can’t contest the SAFA presidency.

The new amendment that was passed at congress is that SAFA vice-Presidents can’t be elected by the congress but by the president, in accordance with Confederation of African (CAF) and FIFA statutes.

Safa ethics and legal eagle Poobalan Govindasamy said upholding of constitutional amendments was the culmination of work they have been doing since 2018.

“Today was a groundbreaking meeting in that the constitutional amendments process that we embarked on since 2018 were finalised at this meeting. There were three to four amendments from members that were defeated again.

“That concerns the voting in respect of NEC members, whether the president of the NSL or PSL can become the president of SAFA and that position remain the same because the motion was defeated.

“That motion was defeated by the majority, and there were only three members who were favour of it. In so far as the other amendments were concerned, there were groundbreaking because they take the association forward for the next ten years,” said Govindasamy.

In other developments, SAFA chief executive Tebogo Motlanthe also explained that the association is in good financial sense as they have reported a surplus for the past two financial years.

“He wanted to speak before the meeting can even start. The agenda of this congress is prescribed by the statutes and the first item is that the chief executive of SAFA must say if the congress was in compliance with the statutes.

“He was asked on numerous occasions to refrain from speaking from the floor, because we were dealing with the constitutionality of the congress, and he didn’t want to stop.

“He continued to disrespect orders from the president (Jordaan) and there was no choice but to ask security to take him out of the meeting.

“As a result of this, there was a move from delegates to say that his behavior was unwarranted and they quoted the statutes. So, congress resolved that he must be charged and my office will be in touch with him where I will be sending him the charge sheet.

“He must appear before the Disciplinary Hearing (DC) for his behavior because the congress felt that he disrespected the meeting.”

Motlanthe also indicated that the hugely anticipated SAFA elective congress will take place before the end of August.

“The date of the elections has been given to me but we still have regions that still go to elections. After I have made a proper assessment, I will write to members suggesting the dates. But the resolution of the congress is that it must not be later than the 30th of August.”