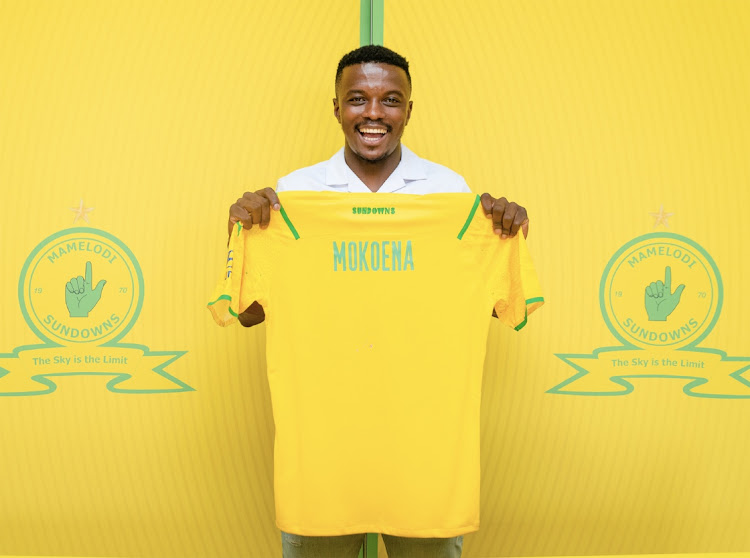 Record signing Teboho Mokoena scored his first Mamelodi Sundowns goal as the Brazilians’ relentless march to the 2021/22 DStv Premiership title continued with a 2-0 victory over strugglers Chippa United on Monday.

Chippa were reduced to 10 men midway through the first half when former Sundowns development player Siphesihle Mkhize received his marching orders, after which they inflicted more damage on themselves as Sandile Mthethwa scored an own goal.  Captain Andile Jali tried to claim his first strike of the season two minutes before halftime, but his shot from the centre of the goal was going well wide before Chippa defender Mthethwa stuck out a boot and deflected it back on target and into the net.

Substitute Mokoena added a second late on and in typical fashion it was a belter. He picked up the ball 25m from goal and struck a thunderous shot that took a slight deflection, but in this instance was always on target.

The visitors lost defensive midfielder Mkhize on 24 minutes for a horror tackle on Thabiso Kutumela, which was high, reckless and deserving of the sanction. It is the first red card of his career.

Mkhize joined Chippa from the Brazilians only at the start of the season and perhaps his desire to prove a point led to his moment of madness. Sundowns now have a 17-point lead at the top of the DStv Premiership table, though they have played a game more than second-placed Orlando Pirates. It is almost inconceivable that they can give up this advantage.

They also had a big shout for a penalty when Surprise Ralani’s lofted pass hit the hand of Roscoe Pietersen, which was away from the defender’s body. Referee Philangenkosi Khumalo may have concluded there was not much he could do at such close quarters.

Chippa also had a shout at the other end when Bienvenu Eva Nga was upended by Rushine de Reuck. It was the kind of incident that you have seen given and the home side may feel they got away with one.

Ismail Watenga produced an excellent stop to deny Peter Shalulile from Thapelo Morena’s inviting cross, and then did it again late on from close range, with the forward putting the rebound over the bar when he had to score. Kutumela also blasted over the top with no defender in sight, and immediately fell to his knees in disappointment at letting the gilt-edged chance go begging.

New signing Siphelele Luthuli should have equalised for Chippa with the score at 1-0 as he stormed in unmarked at the back post, but his goal-bound shot was saved by Kennedy Mweene.  There were times during the game, especially late on, when Sundowns over-cooked the play and complicated what were simple opportunities. In one such instance they had a four-on-one break but still failed to get a shot away as they dallied on the ball and seemed uncertain what to do with so many options.