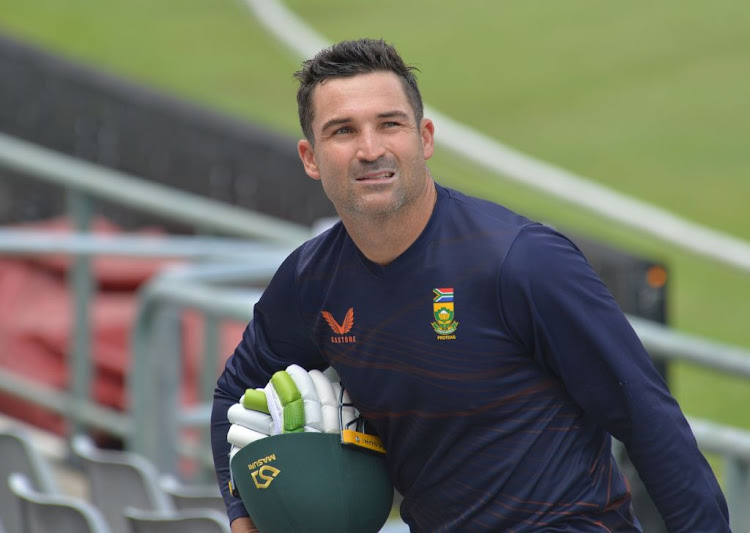 SA captain Dean Elgar has hinted that Sarel Erwee is in line to replace Keegan Petersen in the Proteas batting line-up for the first Test against New Zealand at the Hagley Oval in Christchurch next week.

Peterson, who was one of the star performers during the 2-1 Test series win over India, is unavailable for the two matches against the Black Caps after he tested positive for Covid-19 before the Proteas departed for New Zealand.

Petersen’s unavailability means the Proteas think-tank will have to find someone to bat at number three and the candidates are Erwee and Zubayr Hamza.

“We have the two options in the form of Sarel Erwee and Zubayr Hamza,” said Elgar from their base in Christchurch.

“Sarel has been touring with us for over a year and you’ll think that maybe he is the favourite, and you also have Zubi [Hamza] who has come in with lots of SA ‘A’ team runs under his belt.

“Hamza has ticked the right boxes to fill the spot left open by Keegan Petersen. I would say it is those two options at the moment, but we haven’t reached the final decision with regards to who is the guy we are going to go with.

“Bear in mind that Sarel has been with us the longest and he has served us brilliantly as 12th man, he is a great team guy and he has always carried a lot of energy throughout.

“I think from a respect point of view, and if there is a pecking order, I would say a guy like Sarel is ahead of Zubayr and that is just my opinion.”

The Proteas arrived in New Zealand last week and went through quarantine, but they have since started training.

“We are training at the High Performance Centre facility at Lincoln University in Christchurch and their facilities are brilliant. We have had a good practise wicket there even though time is not enough, as we have been given a few hours in the afternoon to practise.

“Everything is squeezed into those two hours which is tough. It is not something we are used to, but we have to adapt, as humans we have learned how to adapt in these tough times.”

They will have the opportunity to train at the Hagley Oval next week where they can assess the conditions and adjust accordingly.

“We only get to the Hagley Oval two or three days before the Test match and I am not sure if that has to do with the rules and regulations. But we have a good indicator so far after the few days where we have been training at Lincoln University.

“We have another four days of training at Lincoln and it is mostly about guys getting time in their legs and batters getting time at the crease. Once we get to Hagley Oval we will have a few days to train and I don’t think it will be too dissimilar to what we have experienced at the university, but whatever we find at Hagley Oval we will have to adapt.”