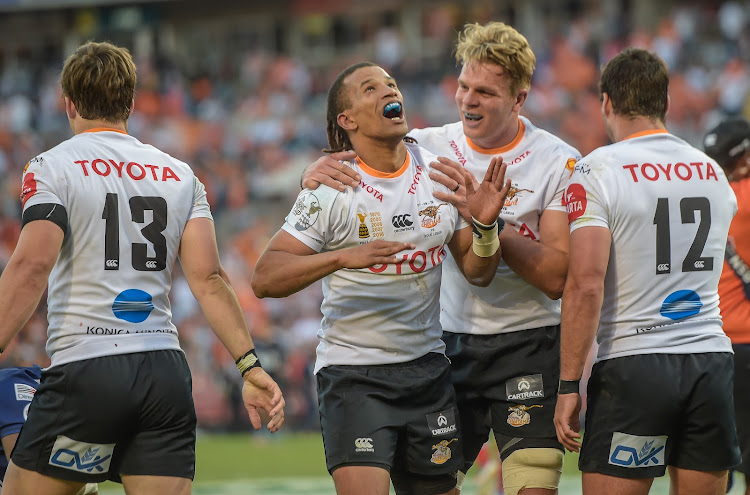 Cheetahs’ fullback Clayton Blommetjies was man of the match against Griquas. He is now heading for the Cape.
Image: Christiaan Kotze/BackpagePix

Clayton Blommetjies is undaunted about playing for the Stormers and potentially filling the position in which Warrick Gelant has been rooted.

At 31, Blommetjies is a bit of a journeyman who has made professional stops in Wellington, Pretoria, Llanelli, Leicester and Bloemfontein. It is from the City of Roses that Blommetjies will relocate to Cape Town.

Apart from experience he has a swagger and natural spring in the step to try to fill a position that is arguably the most difficult to perform in the Stormers team. Gelant, didn’t just bring aptitude to the position but an otherworldly skill set that cannot be replicated. His range of trickery involves hands, feet and a telescopic brain wired to identify space.

Gelant is full throttle, Blommetjies is pedal to the metal.

No wonder Blommetjies made the point that he does not wish to replicate what Gelant did in a Stormers jersey.

“We are totally different players. He will do things in certain situations where I might go for another option,” he said.

Blommetjies, after all, is fiercely independent not just in the way he tries to express himself on the field but how he conducts himself off it. He too operates on intuition, often on a wavelength beyond the range of the opposition. At times, however, that also applies to his teammates.

He is obviously relieved to get the opportunity to showcase his talents in a competition other than the Currie Cup but the move isn’t just about playing on a bigger stage.

“The exposure doesn’t mean that much. When I’m between the four lines I want to enjoy it.

“I just to go out and show my talents. It doesn’t matter what it is. You can do so much in a rugby game. You can do everything except punch someone. I know a lot of people just expect me to run with the ball but there are other factors in a game.”

Even though the Currie Cup has lost much of its lustre, the fullback holds the competition dear because of it’s deep history.

“The Currie Cup definitely still has a lot of meaning for me. Legends have played in this competition. From Os du Randt to Rassie Erasmus. Legends will continue to emerge from it. It will always be an outstanding competition in my heart.

“Back in the day all the Boks played in but they don’t get that opportunity now. It now is a stepping stone for out under-19s and under-21s,” said Blommetjies who has played in 61 Currie Cup matches for the Cheetahs.

He said the Cheetahs, who are second on the points table behind the Blue Bulls, very much have the trophy in their cross hairs.

Ramaphosa: Give SA space to extract oil, gas as it transitions to clean energy