Ncikazi on Pirates’ dramatic fightback: ‘We had to kick some chairs’ 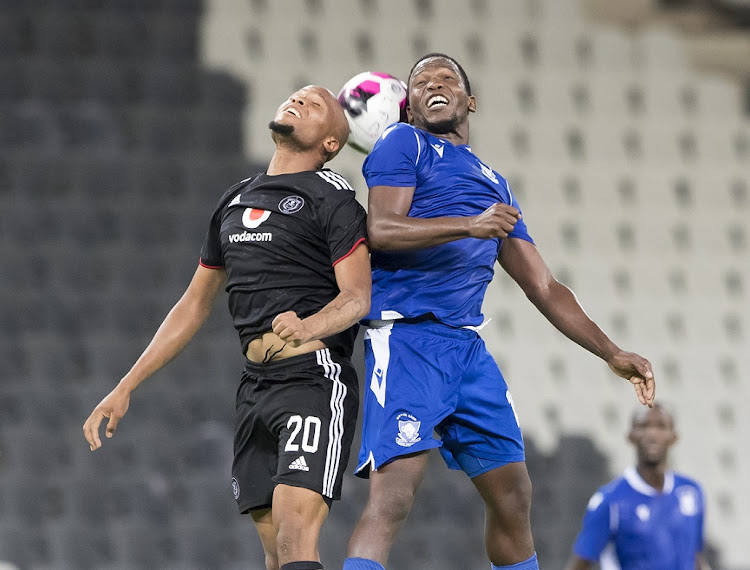 Orlando Pirates co-coach Mandla Ncikazi says the team’s start against Royal Leopards in their Caf Confederation Cup clash on Sunday was the worst he had seen in his coaching career, but praised the players for rallying to win 6-2.

Ncikazi admitted it was important to get a positive result in the Group B match at Mbombela Stadium in a week in which Bucs also face Cape Town City at home in the DStv Premiership on Wednesday, and then the Soweto Derby against Kaizer Chiefs on Saturday.

Pirates were two goals down inside seven minutes as they failed to get out of the starting blocks against Eswatini minnows Leopards, but once they got into their groove they found their opponents easy pickings, and might have won by a greater margin.

“It was the worst start I have ever faced in football. I thought they [Leopards] were more passionate in the beginning and we took things too easy. We warned our team against that and then we had to fight back,” Ncikazi said.

“But what was pleasing was once we had equalised, we had that attitude to keep going forward. I am happy we scored [six] because I think this group will be decided on the number of goals.

“We still have a very heavy schedule ahead of us and this week is difficult. Playing tonight [Sunday], then on Wednesday in a tough match against Cape Town City. Then Kaizer Chiefs on March 5, then on March 9 in the Nedbank Cup [away at Marumo Gallants].

“I am happy we got this result because it allows us to look toward our other matches.”

Ncikazi admitted there were some harsh words at half time to the players, despite the fact they had turned the match on its head to lead 3-2 at the break.

“We had to kick some chairs and raise some desks [at halftime] because I thought the mentality the team brought in the first half was not what we expected. We warned them about that. You cannot start matches like that. It is unlike us,” he said.

“Sometimes you don’t have the opportunity to come back like we did today, so a positive start is important. We need to start on the front foot, and we did not do that.”

All three SA teams in Caf club competition won this weekend with Mamelodi Sundowns claiming a famous victory at Al Ahly in Cairo on Saturday night and AmaZulu defeating ES Setif in Durban on Friday, both in the Caf Champions League.

Ncikazi said the positivity of these results is important for the local game and can also assist Bafana Bafana in finding their groove.

“If that is the direction we are taking, even in the national team, it is positive for the country. I hope all the teams that are still part of the competition can go as far as they can,” the coach said.

“It will be nice to see a [Champions League] final between Sundowns and AmaZulu, Why not? And then Pirates go and win the other [Confed Cup] trophy.

Ncikazi admitted that the fact that this away game was played at the Mbombela Stadium, with Leopards unable to use their regular home venue due to a Caf ban, was a big plus, including that it made for lighter travel.

“We can’t lie, it helped us that the team from Eswatini qualified [for the group stages], because you can imagine if we had a team from Algeria. In this competition, it is not always just a test of football, it is also a test of other factors,” he said.

“The hostility you face there, the travel arrangements, the waiting at the airports, it is a challenge tyou don’t need, especially with a fixture list like ours. Lessening the travel does assist our team. Without saying it is going to be easy next week against Kaizer Chiefs.”