Mngqithi: 'If we are honest, Mosimane has been cheated by Fifa' 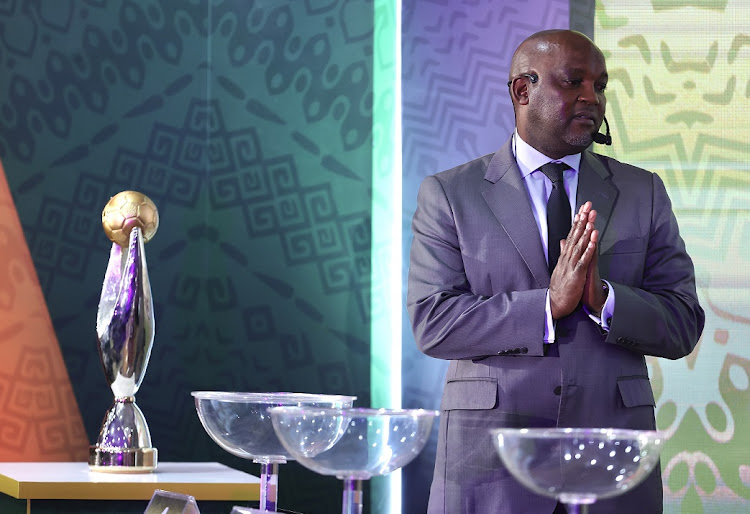 Al Ahly coach Pitso Mosimane was “cheated by Fifa” being denied the chance to win the world coach of the season award for 2021, Mamelodi Sundowns counterpart Manqoba Mngithi has said.

Downs’ co-coach said he hopes Mosimane can again showcase his quality if Ahly can have another good run in the Covid-19-delayed 2021 Fifa Club World Cup in the United Arab Emirates. The Cairo giants open their tournament on Saturday against Mexico’s Monterrey (8.30pm UAE time, 6.30pm SA time) at Al Nahyan Stadium in Abu Dhabi.

Mosimane was not even on Fifa’s shortlist of seven for the Best Coach award of 2021 despite Ahly defending their Caf Champions League title and winning two Caf Super Cups in the year.

The Red Devils also ended a creditable third at the 2020 Club World Cup in Qatar, losing 2-0 against European champions Bayern Munich in the semifinals and edging South American champions Palmeiras of Brazil on penalties in the third-place playoff.

“We are very happy as SA coaches to have one of our ambassadors representing us on that stage and showing the world what he’s capable of,” Mngqithi said of Mosimane steering Ahly to a second Club World Cup finals.

“Because even now, if we are honest with ourselves, he’s been cheated by Fifa not to be given the coach of the season award.

“If you consider the amount of continental trophies he won in one year and maybe because he’s African, he does not get the credit he deserves. Because it’s very difficult to win two Champions Leagues and Super Cups in one year and still not be selected coach of the season.

“But we have to respect these decisions, because we Africans are humble, we are not arrogant. But the truth of the matter is if you were to look at the balance of everything he should have been the one to take that award.

“And it would have been great for SA. Maybe now he’s getting another chance, going to the Club World Cup and showing the quality he can bring to the world.”

Mosimane takes Ahly to UAE on the back of the team’s exit in Egypt’s new League Cup, where a team relying on academy players due to being depleted by front-line stars being in the national squad for the Pharaohs at the 2021 Africa Cup of Nations and Covid-19 withdrawals drew all three matches.

Ahly will miss six key players against Monterrey who are still on duty for Egypt in Sunday’s Nations Cup final in Cameroon against Senegal, thanks to Fifa’s controversial scheduling clash with the start of the Club World Cup. Bafana Bafana star Percy Tau has also been ruled out through injury.