Lions must make most of their home run in URC, starting with Cardiff 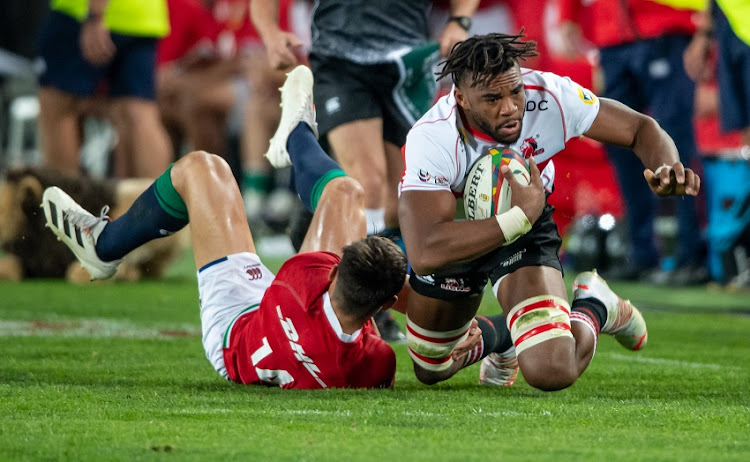 Vincent Tshituka in action during the tour match between the Lions and the British and Irish Lions last year. Tshituka is expected to make his return to the side against Cardiff on Sunday.
Image: Anton Geyser/Gallo Images

The addition of, among others, the Tshituka brothers and a balanced game plan that takes cognisance of the conditions are factors the Lions hope will count in their favour as they start their run of home matches, starting against Cardiff on Sunday.

The Lions have slipped down the United Rugby Championship (URC) points table after five successive defeats but returning to their Ellis Park home base should help make them a competitive outfit over the coming weeks.

Besides, they gave competition trend and pace setters Leinster a good run for their money in Dublin in their last outing.

Attack, backline and skills coach Ricardo Loubscher is hoping the belief they showed in that match can be replicated against Cardiff.

“To get away with a 21-13, not a lot of teams can do that away from home,” said Loubscher about their defeat to Leinster. “It was brilliant for the boys just to get that belief. Hopefully we can kick on. We did a few things right,” said Loubscher who was quick to add that the Lions are a work in progress, especially when it comes to converting opportunities into points.

They will be desperate to turn home ground advantage to their favour using lung-busting speed, heat and altitude as allies.

“We will see how we can use the conditions in our favour. Hopefully we can expose them with the altitude. They are used to a more kicking game.”

Loubscher cautioned, however, that they need to bring balance to their attack. Though keeping possession comes naturally to them, they need to augment their probes with judicious tactical kicking.

“When you face 13 defenders in the front line and just two at the back, it is hard to break them down. One way of doing that is through your kicking game. Try to shape them through kicks and find space that way.

“Maybe kick down the middle between those two players. If they do that you want to go to the corners and make use of the 50/22 rule. We will try to stick to our DNA and hold on to the ball. You have find a balance,” explained Loubscher.

The Lions will again have the Tshituka brothers Vincent and Emmanuel available after they were unable to travel for the clash in Dublin.

Their woes at lock should also be eased slightly by the return to fitness of Reinhardt Nothnagel.