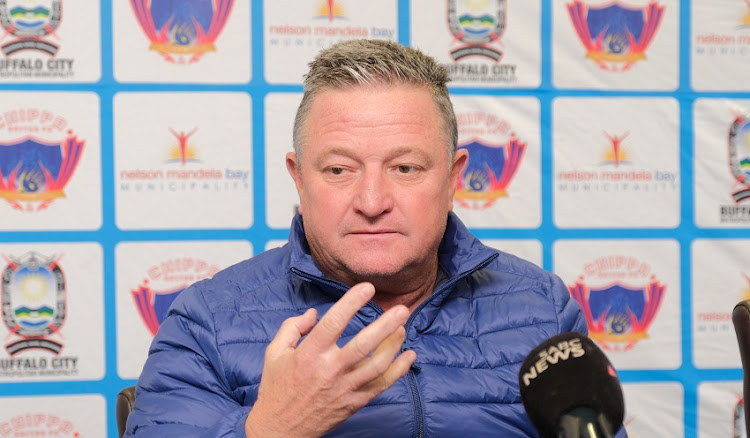 Gavin Hunt has no immediate plans for a return to the game, content to enjoy a break after his brief spell at Chippa United.

Reports linking him with the Orlando Pirates job have intensified, particularly in the wake of the 4-1 thumping handed to the Buccaneers by champions Mamelodi Sundowns on Friday, but Hunt says he is unaware of any approach.

“I’m reading a lot about me in the papers, but not paying any attention,” he told TimesLIVE on Monday, days after his contract at Chippa United was formally cancelled.

Hunt went to the Gqeberha-based club at the start of the season hoping to affect a turnaround in difficult circumstances. He said he took on the job knowing it would be tough amid limited resources and administrative turmoil.

But he was suspended last month by trigger-happy chairperson Siviwe Mpengesi, then formally released in a brief weekend statement.

It came as a disappointment for the 57-year-old coach, who believes there is huge potential in the Eastern Cape, but that patience is needed to put proper structures in place and affect a lasting turnaround. He previously said there was great potential to grow Chippa if the club was run properly.

Hunt, who has four league titles to his name, said he now intends to enjoy a seaside holiday getting fit and relaxing.

He has been a constant presence in top-flight football for the past 24 seasons and has made no secret of wanting to continue working in the game, preferring the daily grind of coaching to sitting with his feet up at home.

Hunt has the runaway record of 910 matches as a coach from the time he won promotion with Seven Stars in 1998. Chippa was his eighth club as a coach.

England need another Stokes special to save Adelaide Test

Kevin ‘Two Guns’ Lerena on his journey to the heavyweight ranks: ‘I want to be explosive’

Kevin ‘Two Guns’ Lerena on his journey to the heavyweight ranks: ‘I want to be explosive’