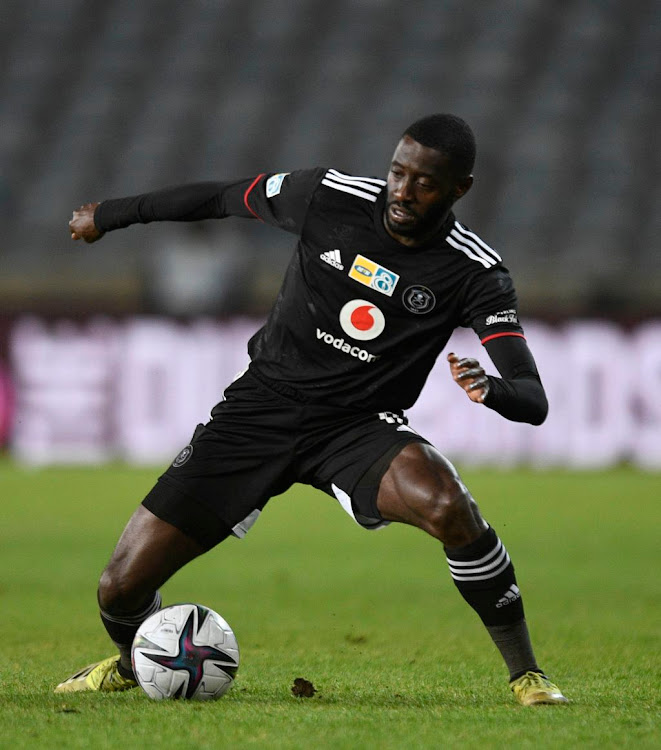 Deon Hotto scored a superb second-half winner as Orlando Pirates advanced to the second round of the Nedbank Cup with a 1-0 victory over luckless AmaZulu at the Orlando Stadium on Sunday.

The visitors felt they should have had a penalty in the first half but were denied by referee Masixole Bambiso in what was a massive moment in the game. And then when they did get one, captain Thapelo Xoki saw his effort saved by Pirates goalkeeper Siyabonga Mpontshane. There was therefore nothing to separate the teams in the first half, but a moment of brilliance unlocked the Usuthu defence and allowed Hotto to score his fifth goal of the season.

The Namibia international played a neat one-two with Thabang Monare, whose ball back to him in the box was perfectly weighted and the winger swivelled to fire low past AmaZulu goalkeeper Veli Mothwa.

Usuthu had the chance to level with four minutes remaining when Abel Mabasa handled the ball, but Xoki’s effort was too easy for Mpontshane, who made a comfortable save in the end. The result will be a relief for Pirates co-coaches Mandla Ncikazi and Fadlu Davids in a competition that could be important for their futures.

The Buccaneers have not lifted the Nedbank Cup since 2014 and with the league seemingly beyond them this campaign, a first-round loss in the only other trophy still available would have been a huge disappointment. AmaZulu believe they should have had a spot-kick on 22 minutes when Pirates’ Goodman Mosele appeared to handle the ball in the box as he slid to make a challenge on Augustine Mulenga. There was clear contact with his arm — twice — and referee Bambiso blew his whistle to stop the game. But instead of pointing to the spot, he eventually provided a drop-ball for the home side.

The decision not to award the penalty can be debated, but it is unclear why the official stopped the match.

Mosele had earlier headed wide with the goal at his mercy, before Ntsako Makhubela should have put Pirates in front when he had a shot from eight yards that he fired straight at Mothwa. Thembinkosi Lorch might have doubled the advantage with 10 minutes to go when he was teed-up by Zakhele Lepasa, but once again he shot straight at the keeper. Lepasa will be delighted with his cameo off the bench having only played seven minutes since December 2020 following long-term injury that kept him out for almost the entirety of last year.

AmaZulu did not field wantaway midfielder Siyethemba Sithebe but did introduce new signing Abraham Majok for the final 20 minutes. Their other new arrival, Abbubaker Mobara, was suspended and unable to play against his former side.