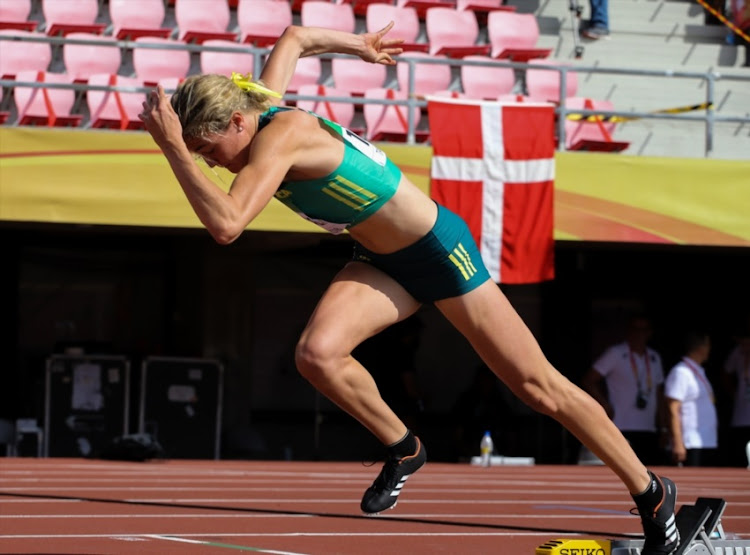 The women stole the show at the first meet of the newly launched grand prix in Bloemfontein on Wednesday, with Marione Fourie and Zeney van der Walt laying down impressive markers for the season ahead.

Fourie had to fight to beat Taylon Bieldt in the 100m hurdles, but she out-hustled her rival over the final metres to take the victory in a 13.10 sec personal best.

“It’s great,” said Fourie, whose 12.86 at the North Gauteng championships at the weekend was wind-assisted. “Just a little bit more to be done … technique and rhythm.”

She’s not planning any more races until the SA championships next month.

Van der Walt, the 400m hurdles world champion at under-18 and under-20, took nearly a second off her best as she downed her main hurdles rival in a flat 400m battle.

Nel was well short of her 400m best of 52.03, and Van der Walt’s form suggests she wants to make a serious grab at the national crown next month.

“This was my first 400m race this season,” she said, adding she planned to do the 400m hurdles at the next grand prix meet in Cape Town next week.

Shot put star Kyle Blignaut, sixth at the Olympics, was beaten into second place by training partner Jason van Rooyen, who returned to full training only two weeks ago after struggling with Covid-19.

“I’m over the moon,” said Van Rooyen, who fell ill on his birthday on February 4. “I was man down, I was out of it. My dad also got it and he just had a cough.

“I got back into full training two weeks ago.” he said.

Van Rooyen’s work days range from 10 to 12 hours. “I have to make time for training,” he admitted. “If the drive is there, you can do it.”

But Blignaut didn’t mind. “Records are there to be broken. The record was a good one when I did it, but times change,” he said, adding that he lacked the mental toughness in his first competition of the year.

Mboma said she was contemplating running the 100-200 double at the world championships later this year. “Not sure,” she replied when asked, but then added: “I’m thinking of doing that.”

Chelsea will continue to fight hard for success, says Tuchel