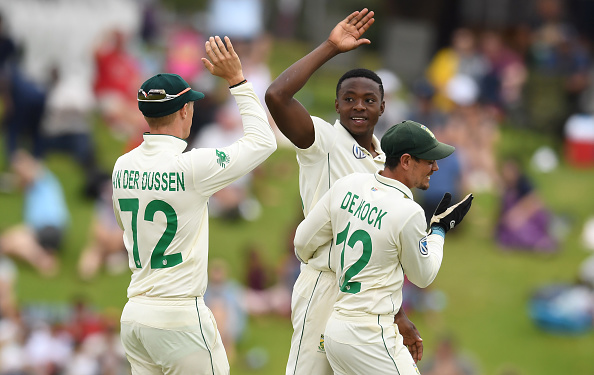 The first match starts on March 31 at Kingsmead in Durban and the final match will be at St George’s Park in Gqeberha where captain Dean Elgar will captain the much-changed side.

Due to the unavailability of Rabada, Ngidi, Jansen, Van der Dussen and Markram, players like debutant Khaya Zondo, Lizaad Williams and Lutho Sipamla have a chance to impress.

Dolphins batsman Zondo, who has been on the fringes of the Test squad for many years, has been called up for the first time while Williams makes a welcome return.

On the other hand, top order batsman Zubayr Hamza has been forced to withdraw from the Bangladesh tour as a whole (ODIs and Tests) due to personal reasons.

Other players who have been knocking hard at the door for some time and will be looking to impress against Bangladesh are Ryan Rickelton, Sipamla and all-rounder Wiaan Mulder.

“The national selection panel and I are looking forward to watching what we believe will be a highly contested Test series,” said CSA convenor of selectors Victor Mpitsang.

“The loss of the IPL players is not ideal, but we back the CSA system its ever-growing pipeline and, most of all, the players we have selected.

“Every member of the team is selected based on the excellence that they have shown over an extended period of time and there is no better opportunity for them than now to show us what they have to offer the Proteas on this highly anticipated occasion.”

Proteas ODI captain Temba Bavuma, who will have his IPL players in his squad, noted on the eve of the limited overs series that the situation could have been handled better.

“Obviously having all your assets is something that as a captain you would like. Am I happy, of course I am happy [to have the IPL players in his ODI side]. [But] my opinion on this situation is that it is a far from an ideal one and I think we can all agree on that.

“From a player point of view, for someone who is not really affected by the IPL and all of that, I think we would have liked if this decision was dealt with a lot earlier and with a lot more urgency.

“We could have learned from previous years, especially last year with Pakistan, and a decision could have been made a lot more earlier by everyone who is involved,” concluded Bavuma.

Other SA players who will be playing in the IPL are Faf du Plessis, Quinton de Kock, teen sensation Dewald Brevis, David Miller and Dwaine Pretorius.

Sharks may lose World Cup-winning Bok star to the Bulls

Sharks may lose World Cup-winning Bok star to the Bulls