England need another Stokes special to save Adelaide Test 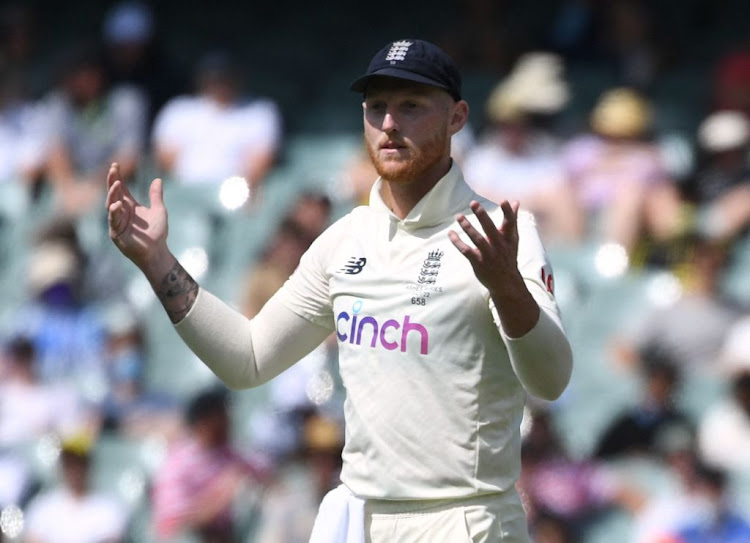 England’s Ben Stokes at the Adelaide Oval, Australia, on December 19, 2021. England are once again pinning their hopes on Stokes.
Image: REUTERS/Morgan Sette

England’s hopes of saving the second Ashes Test against Australia are in tatters after Joe Root’s late dismissal on Sunday, but the touring side still hope Ben Stokes might be their saviour again.

Set an improbable victory target of 468, England finished day four on a precarious 82-4. The toughest blow was Root’s dismissal to the day’s final delivery when Mitchell Starc had the England captain caught behind for 24. Stokes was unbeaten on three and the touring side need a repeat of his batting heroics which secured England’s highest successful Ashes run chase at Leeds two years ago.

“Any time one of your best players (Root) gets out, it’s a knock,” fast bowling coach Jon Lewis told reporters. “Ben (Stokes) has done it before, he has done special things in an England shirt.”

As for inspiration, Stokes need not look beyond his captain, who batted through pain to help his team. After having a hospital scan in the morning for an abdomen injury sustained in the nets, Root was floored by an express delivery from Starc shortly before the close of play. The England skipper grimaced and rolled in pain before receiving medical attention. Though he bravely soldiered on, Root ran gingerly between the wickets in obvious discomfort.

“Joe showed a hell of a lot of character to go out,” Lewis said. “There was no doubt in Joe’s mind he was going out to bat and it shows what a great player and brilliant leader he is. “He wants to show his team how hard he wants to try for the team.”

England will hope their lower order batters show similar gumption when they embark on the huge task of surviving three sessions with six wickets in hand to save the match.

Fani Madida after Swallows heartbreak: 'It’s a painful one'