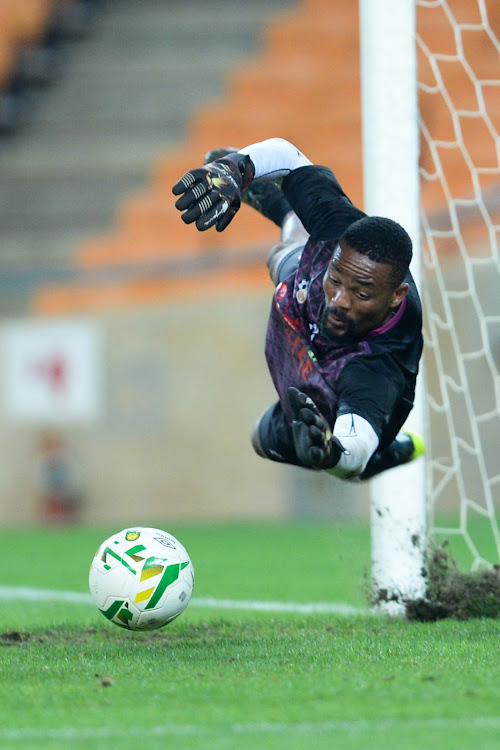 Bafana Bafana goalkeeper Veli Mothwa says the national team will need to quickly solve their goalscoring issues ahead of their game with France on Tuesday.

The Mothwa-led Bafana played to a goalless draw in their first friendly match in Europe against Guinea.

The match between the two African countries was played in Kortrijk, Belgium, on Friday night.

While Bafana coach Hugo Broos stressed even before the two friendlies that a good performance will be appreciated regardless of the results, Bafana should have easily put away Guinea.

The South Africans created tons of chances but they were always disappointing when it came to the final touch.

“We played very well and according to the instructions that we got from the coach. Everything went very well. We had Athenkosi Mcaba playing his first game for the national team,” Mothwa said.

“We missed so many chances to score but we are looking forward to the next game and somewhere, somehow we need to fix what we didn’t do right. But I think with the coach and ideas, everything is going to be fine.”

Broos will be hoping that the availability of strikers Bongokuhle Hlongwane and Fagrie Lakay will solve problems upfront.

The USA-based Hlongwane and Lakay, who plays his football in Egypt, were not considered for selection as they arrived in the Bafana camp late due to visa-related troubles.

Bafana are also without their star player in Percy Tau who had to be dropped from the final 23-man squad because of an injury.

Against France, Broos is expected to give a chance to players who didn’t start or feature in the clash against Guinea.

The world champions, France, were also in action on Friday night against Ivory Coast.

The French national team came from a goal down to defeat Ivory Coast by 2-1 in Marseille.

Nicola Pepe scored for the visitors after 19 minutes of play but Olivier Giroud equalised three minutes later while Aurélien Tchouaméni’s goal in additional time sealed the victory for France.

Lions skipper Burger Odendaal gets pat on the back

Lions skipper Burger Odendaal gets pat on the back