Arthur Zwane: ‘We’re Kaizer Chiefs and we must play with flair’ 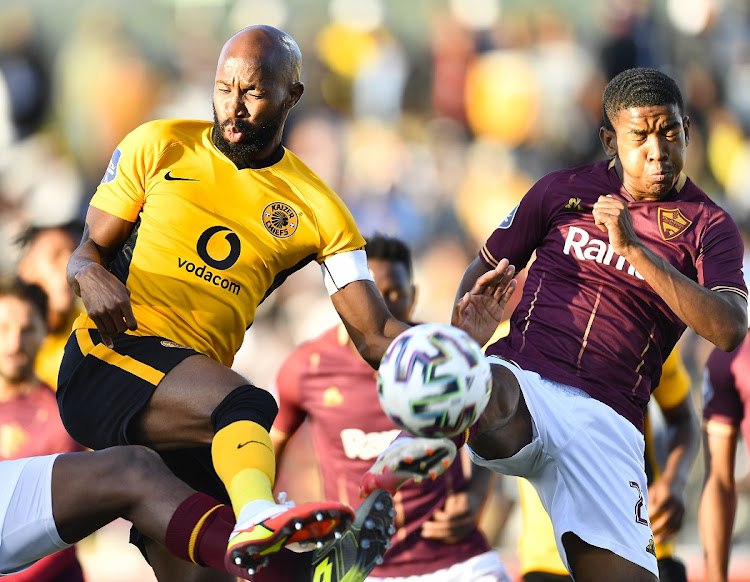 Kaizer Chiefs caretaker coach Arthur Zwane has called on his players to adapt quickly to a new style of play that the club wants to implement after last week’s sacking of head coach Stuart Baxter.

Chiefs suffered back-to-back DStv Premiership defeats, but under different head coaches, as their 1-0 loss away to Stellenbosch FC on Saturday under caretakers Zwane and Dillon Sheppard came after Baxter parted ways with Amakhosi on Thursday.

Baxter had overseen a 1-0 defeat against SuperSport United at FNB Stadium last weekend.

“Look, any change will cause some disruption because obviously we’re trying to change the style of play,” Zwane said.

“The change will affect certain individuals. It’s for them to adapt to the way we want to play as a club, because we must have some sort of an identity that even when go out to look for players those players can fit in our system, and understand what’s expected from them.”

Zwane said what Chiefs’ new coaches are trying to implement is probably vastly altered from what Baxter was doing. He said it may well take certain players time to get used to those changes, but that will not stop the club from forging ahead with its plans.

“We need that killer instinct but obviously we started training the team on Thursday, so I cannot say we’re changing things but I can say we’re trying not to be predictable.

“We wanted to put Stellenbosch under pressure and force them to make more mistakes. Unfortunately I don’t think on the day we put them under pressure the way we would have loved to. But going forward we’ll try and improve our combination play and tactical flexibility.

“We have to manage the players right and find the best combinations for us to grind the results.

“But we wouldn’t want to go down just playing for the sake of playing. We need to play with flair — we’re Kaizer Chiefs and there must be an identity.

“Players most know our style of play and how we want to win games. We shouldn’t be about winning for the sake of winning.

“It will take some time to get things right because the games are coming thick and fast. Until we meet Mamelodi Sundowns [in Chiefs’ second-last league game on May 8], we’ll be playing back-to-back games, so we’ll only have one or two sessions in-between and that won’t be enough.

“We want our players to believe in themselves more and believe that one of these days we’ll punish those who’ll take us for granted.

“It will take some time but we’re hoping that come next season we should be ready to compete with the best.”

“We want to go back [to the Champions League] and we want to conquer the African continent and be one of the best teams in the continent.”